Highfields Publishing publishes and promotes material relating to environmental, conservation, natural and local history issues; both fiction and non-fiction, in print (pBooks) and eBook formats, with minor titles available on CD or free online. Works of fiction are presented alongside a variety of relevant non-fiction material, establishing a publishing model in which the distinction between fiction and non-fiction lists is reduced.

Why not keep up to date with what’s going on here at Highfields Publishing by joining us on our social media channels?

NOW THEY KNEW
BY SANDEN GREVELLE

THE SEQUEL TO THEY COULDN’T HAVE KNOWN

The development of a civilian airport under the guise of military requirements during World War Two destroys a village near London, with cataclysmic effects on the lives of the villagers and their timeless country ways. Post-war immigration into the area – especially from the Caribbean – produces an unprecedented social milieu, in which Allen, a social outcast through a congenital disfigurement, finds unlikely friendship among those facing racial and cultural prejudice.

Having been unwittingly involved in an explosion in which a man died, Allen takes the chance to accompany three newfound friends from the Caribbean, who are disillusioned with the ‘mother country’, back to their island.

An innocent abroad, he inadvertently challenges the entire spectrum of local racial prejudice. He creates havoc wherever he goes, culminating in his bizarre and unofficial deportation back to Britain. Feeling like outsiders themselves, Allen’s three friends also return to Britain. Staying true to their strange friend, they seek him out and help him through further entanglements, providing Allen with hope for the future. 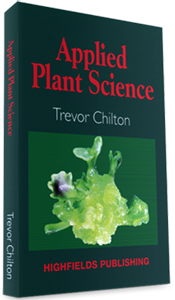 Applied Plant Science is an accessible introduction which helps bridge the gap between basic plant biology and studies in agriculture. The reader is assumed to have a basic understanding of biology, but no more than a rudimentary knowledge of plant structure and reproduction.

THE IMPOSSIBLE HERO
BY DICK BOOTH 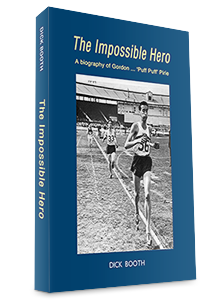 The Impossible Hero is the moving story of Gordon Pirie, a teenager inspired by the London Olympics of 1948, who sets out successfully to become one of the greatest runners of his time, but whose post-competitive life was to descend into poverty and sadness.